You are browsing the site for Roxtec Australia/New Zealand (en).

"We saved several weeks – if not months"

"We were able to import data on 11.940 cables directly into the Roxtec software," he says. "We saved several weeks – if not months, and were definitely heroes in that project."

The free, web-based application from Roxtec is developed to simplify product selection as well as the entire process that surrounds cable and pipe transits. Designers just enter their input to automatically generate full documentation.

Gary Jennings is especially satisfied by the time-saving multi-import feature of the Roxtec Transit Designer™. He was happy to be able to use it when the customer asked for detailed packing plans and lists a short amount of time before their scheduled cable pulling activities. He managed to do several weeks' work in a few hours and was able to supply the customer with all the information they needed.

"Instead of having to enter every cable and window, I took all the information from the database program we used, put it into the Roxtec tool and got it validated. It was an absolute necessity because of the time limit we had." 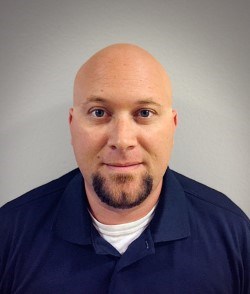 Meet all standards and ratings

This was also a way for the project to ensure that all cable transit decisions were taken by the designers and not by the cable pullers and installers in the field.

"I see this coming as a requirement as projects are getting bigger. It's my job to make sure we meet all the standards, regulations and fire rating specifications."

Gary Jennings also recommends the Roxtec Transit Designer™ because of its ability to help designers optimize the size of the cable transits and avoid space issues.

"One of our major challenges is to size the transits correctly. If we don't build them big enough due to lack of data in the beginning of a project, we have to cut out and resize the old transits or find another space to put a transit in later on."

Meet an installer who shares his passion.

How to predict future sealing performance

Roxtec supported owner and shipyard through inspection and education.

We understand the importance of smart solutions for retrofit and upgrades.