The Manchester firm has joined Sellafield’s £1.1billion Infrastructure Strategic Alliance (ISA) project as part of preparations to clean up and decommission Europe’s most complex nuclear site. The five to 15-year project is being delivered in joint venture by Morgan Sindall and Arup.

Roxtec UK Nuclear & Process Manager Will Melvin said the firm’s cable seals have been deployed in three new substations as well as CCTV systems across the site.

“We have joined Sellafield’s Infrastructure Strategic Alliance to deliver a range of cable sealing solutions,” he said. “Our cabinet seals are being used in a number of substations, helping to divide the plant into zones and cells separated by fire-rated, watertight structures. Our seals are also being used within junction boxes across a CCTV network. The cabinet seals sit next to the cameras, helping protect internal electrical infrastructure.

“Roxtec’s seals are ideal for nuclear environments because of the many demands that a nuclear site has, and the requirement for a true multi hazard seal. Our cable transit cabinet solutions are being used in place of the traditional termination method cable glands, helping save time, space and weight. They are able to manage high cable density by sealing, bonding and grounding all metal-clad and armoured cables in one opening, instead of punching possible leak paths for cable glands. They further reduce the cost and time to install cables, whilst future proofing the build, reducing possible workforce exposure to hazards in many years to come.”

Cumbria’s Sellafield site incorporates the original nuclear reactor at Windscale, which as of February 2019 is undergoing decommissioning and dismantling. It further includes Calder Hall, a neighbour of Windscale, which is also undergoing decommissioning and dismantling of its four nuclear power generating reactors. It is the site of the world's first commercial nuclear power station generating electricity on an industrial scale.

Mr Melvin said Roxtec UK has been working in the nuclear sector for close to 10 years and it continues to hold major growth potential. Internationally, the firm has supported China National Power Engineering Co, supplying the Taishan Nuclear Power Stations 1 & 2 in Guangdong. In Europe, Roxtec has supported nuclear giant Areva with the Olkiluoto 3 (OL3) project in Finland, one of the largest nuclear reactors in the world.

“The nuclear sector is a massive market for Roxtec with huge potential to supply a range of products,” he said. “Our specialist safety seals are used to seal power cables and utility systems in new and decommissioned buildings as well as data and telecoms cables in data rooms. Over the years Roxtec has developed a strong reputation in the nuclear market for quality, safety, sustainable development, R&D and competitiveness. These are key assets which will help us grow an even larger market share.” 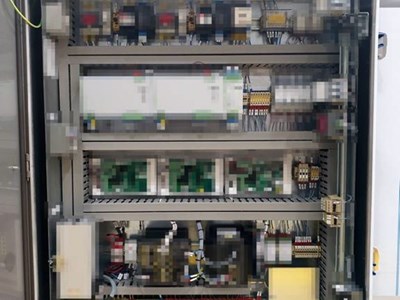 New firestop for dozens of cables and cable bundles

Roxtec awarded for its quality work

Roxtec GmbH appointed “Partner of the Year” by Meyer Group